The guests enjoyed delicious Turkish cuisines, warm conversations, traditional calligraphy art exhibitions, including an ebru (water marbling) showcase. In addition, there was a free ticket drawing display of the International Festival of Language and Culture (IFLC), which will be held on April in Washington D.C

Following the reception, Rana Sarikaya, Director of the ATFA in Wilmington, Delaware was invited to the house floor along with other directors, where she thanked the State Representatives for attending the function. She continued by discussing the importance of the organization’s activities and the strong support it received across Delaware. Dr. Taban also spoke briefly about other State House receptions nationwide at the end.

The delegation later visited the office of Governor Jack Markell for a short meeting, briefed him about activities of ATFA Delaware and presented him with a Water Marbling (Ebru) gift. 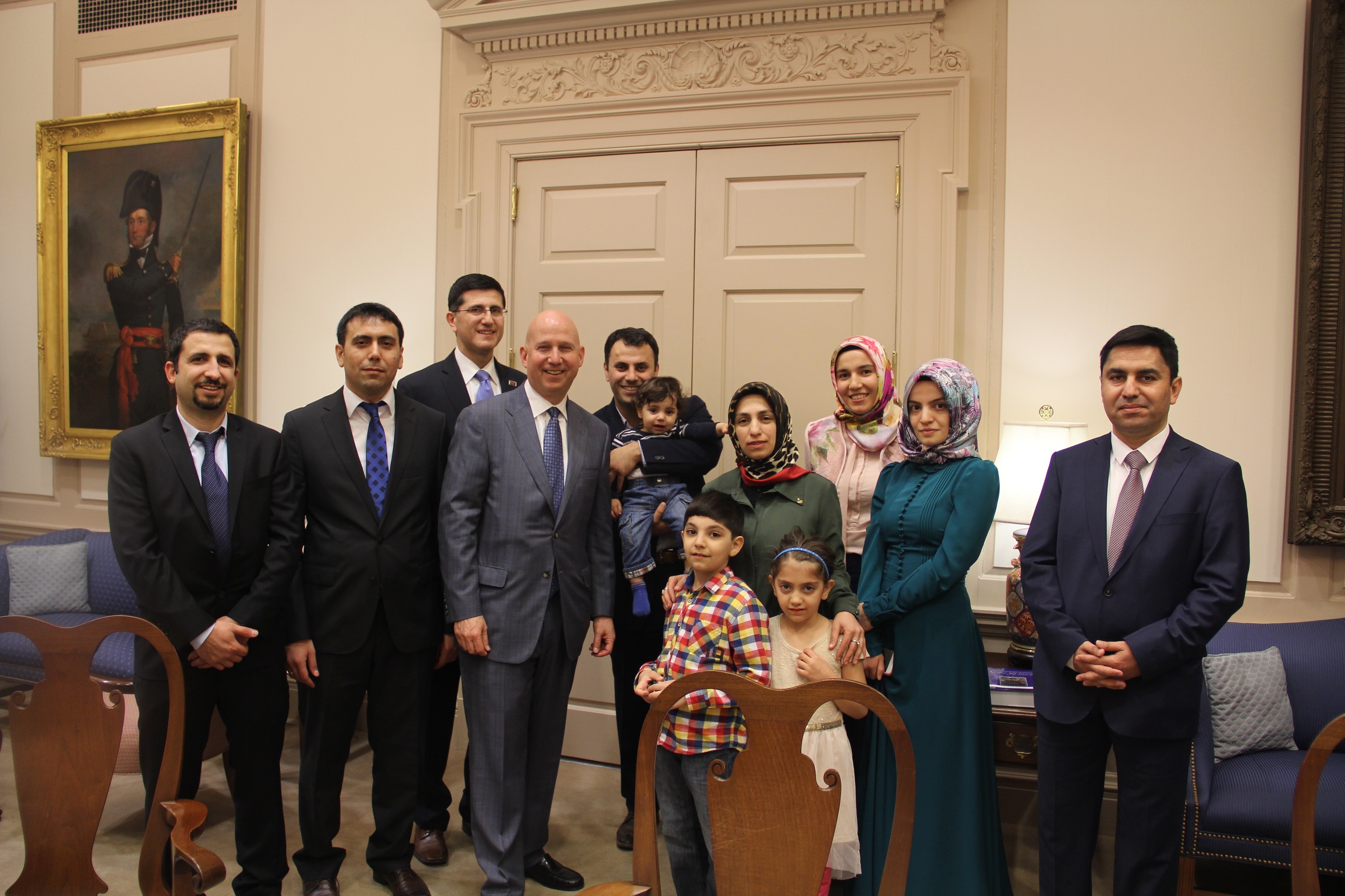 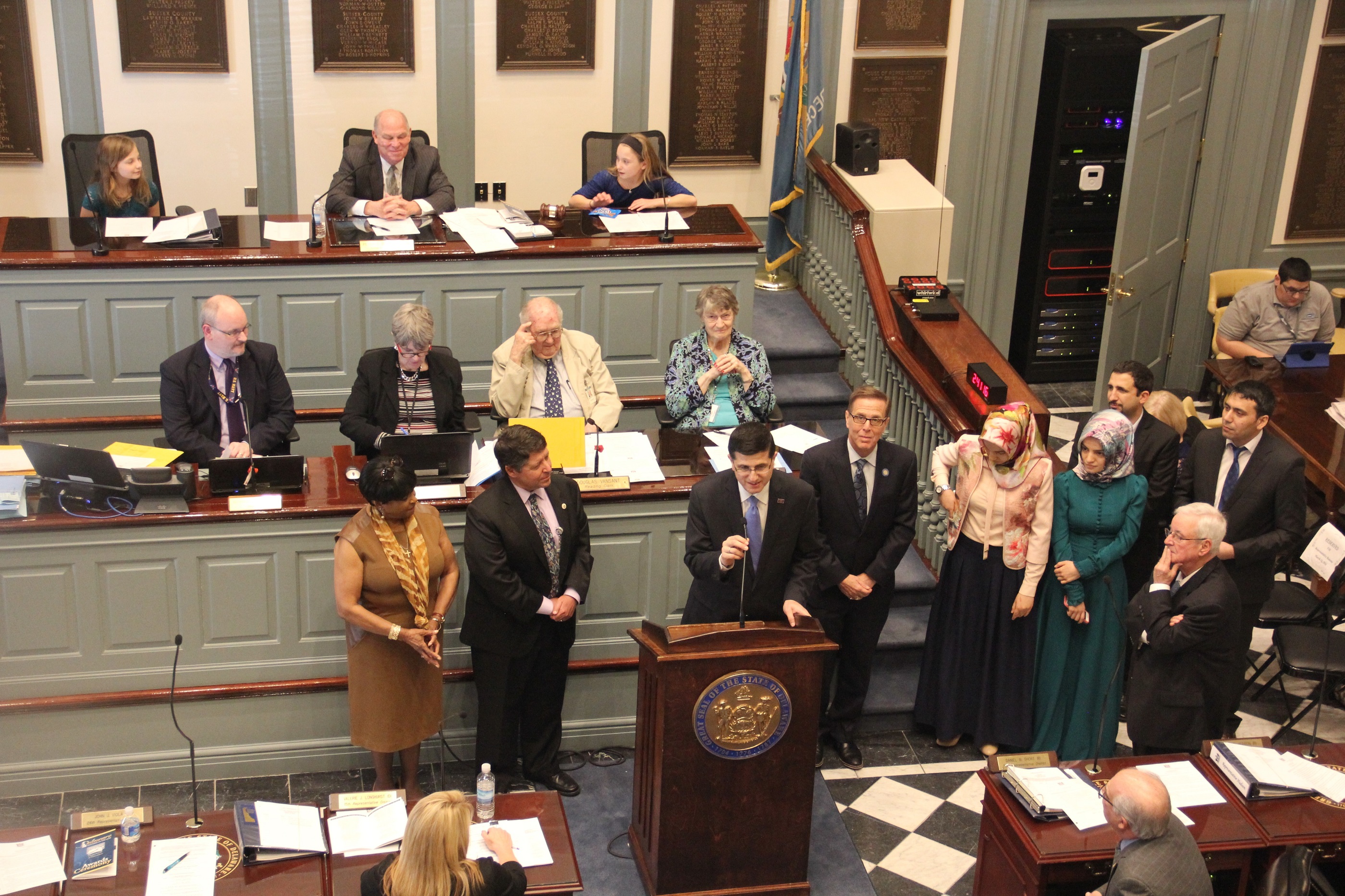 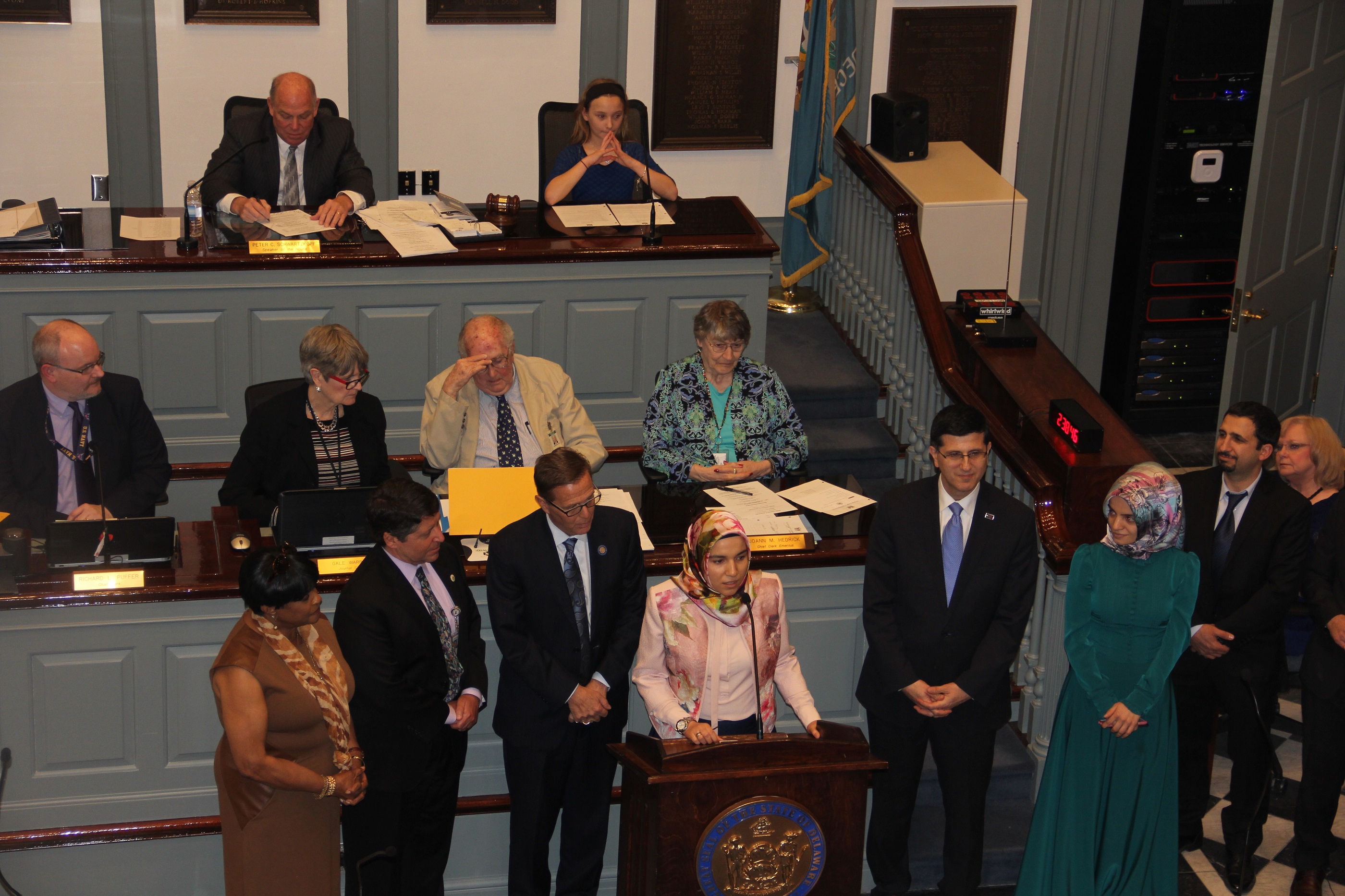