Trending
You are at:Home»Events»Conventions»TAA Gala Draws Huge Crowd
By admin on May 12, 2010 Conventions, Events, Front Page

The Grand Opening Gala of the Turkic American Alliance (TAA) (formerly the Assembly of Turkic American Federations) was well attended by seven US Senators and 53 US Congressmen, as well as hundreds of well-wishers. The reception, which celebrated the establishment of TAA, and the convening of six major federations representing the thriving Turkic American community, was held on Wednesday, May 12, 2010 at theWillard InterContinental Washington, bringing ambassadors, directors and representatives of Turkish, Turkic and Eurasian peoples together with members of the US Congress, legislative directors and legislative assistants for foreign policy. US Senators Richard Lugar, Robert Casey, Frank Lautenberg, Jeff Bingaman, Roger Wicker, Mark Warner and Kay Hagen were present at the event.Observers said that it was a notable first to have so many Senators and Congressman in attendance at such an event organized by the Turkish community.

Officials from the Alliance said nearly 700 guests attended the gala. Turkish and American officials congratulated the organizers of the event while underlining the necessity of improving Turkish-American ties.

Expressing the Turkish Parliament’s strong support for the Alliance, AK Party Karabak deputy Ceylan said: As evident from what you see here, Turkish Americans are now an integral part of American society. They are here in large numbers. They are organized. They are here to serve and take their place in society. They are here not asking what America can do for them but rather asking and doing what they can do for America. They give further proof to the idea of Turkish American solidarity, unity and harmony. We, as the Turkish Parliament, fully support the goal and the mission of the Turkic American Alliance.

Republican Senator Lugar of Indiana also congratulated the organizers of the gala. Congratulations on this remarkable gala. It is really an honor and a privilege to be invited and to participate in such a great celebration, he remarked.

Republican Congressman Louie Gohmert of Texas emphasized the importance of improving Turkish-American relations. We would like to go forward together to have this wonderful relationship made stronger, because one thing I’ve observed being around Turkish friends, you love graciously, you are the most gracious hosts anyone can hope to have and when you are a friend you are a friend for life, he said.

Republican Senator Wicker of Mississippi said not everyone understands the Turkish-American relationship as well as those in the hall where the gala was held. Sometimes we have to stand up on the floor of the House and Senate and remind our colleagues of the strong and historic relationship that US and Turkey have, dating back to our treaty in 1839, making Turkey one of our earliest allies, and the Truman Doctrine post-World War II. The way we are working together with the NATO effort in Afghanistan, in Iraq and our efforts on counterterrorism. I’m proud to stand with my friends in Turkey. I’m proud to be part of this gala event. Everyone is having a good time, but when it’s all settled down, we are going to be there to stand up for the relationship that’s been so important to both of our countries, he said.

Expressing her gratitude, Congresswoman Virginia Fox of North Carolina, who is also the co-chair of the US Congressional Study Group on Turkey, said: I wish I could speak Turkish. I love hearing Turkish spoken, but I can’t. But I can say, Tes,ekkur ederim [thank you]. I have been to Turkey three times. And I’m going back in June. I cherish my Turkish friends. And I’m delighted to be with you tonight.

Stating that the relationship between Turkey and the US cannot be characterized as a strategic partnership, the AK Party’s Kirisci said it is rather a model partnership that includes not only security issues but also issues related to socio-economics, technology, science and the military as well. With the European Union harmonization process, Turkey has already taken almost all necessary steps to become a fully democratic nation. Having adopted our zero problem with neighbors foreign policy, Turkey has played a critical role in building peace in the region. I’m so proud that Turkic Americans are so well organized under such a great umbrella organization. As a member of the Turkish Parliament, I strongly support the idea of coming together under such an organization, he said.

Describing Turkish people as the most clever and generous people in the world, Bill Cassidy, a Republican Congressman from Louisiana, expressed his gratitude for a Turkish-American society opening of two charter schools in Louisiana following Hurricane Katrina in 2005.

A congressman from Oklahoma said he has long been an admirer of Turkey and its culture and looks forward to visiting very soon. Although the US is relatively young as compared to Turkey, I think it’s tremendously important that both cultures continue to work together for the continued success of the Turkey-US relationship. I don’t have to tell you about the cultural importance of Turkey. For thousands of years, it served as a cultural epicenter of the world. Turkish people and traditions have influenced world religions, nation-building, art and history. In addition to the role of strategic partners, Turkey is a vital economic partner, and both our countries benefit from a healthy relationship with Turkey, he said. 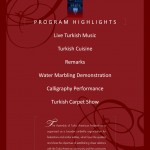 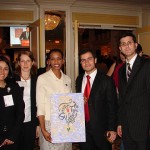 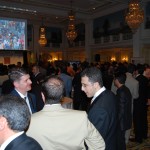 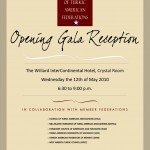 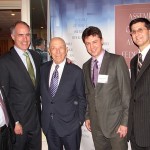