Trending
You are at:Home»Dr. Faruk Taban 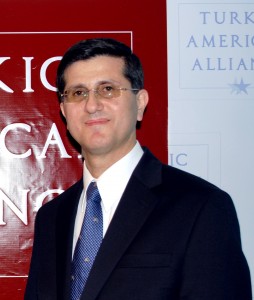 Dr. Faruk Taban is the President of the Turkic American Alliance (TAA), a broader umbrella organization covering Turkic-American institutions nationwide, with its head office in Washington, D.C. Prior to his appointment at TAA, Dr. Taban held leadership positions in the community and actively engaged in various volunteering projects. Besides serving as a Member of the White House Ethnic Committee, Dr. Taban continuously participates in a variety of Washington DC events in an effort to promote dialogue and an understanding of the Turkic community and its culture.