April 16, 2015, Juneau, AK – The Pacifica Institute, along with West America Turkic Federation organized a Turkish-American Cultural Reception at the State Capitol in Juneau, Alaska. The event was hosted by the Chairman of the Special Committee on World Trade, State Senator Charlie Huggins.

The host, State Senator Higgins, thanked WATC for putting together the event, which was intended to familiarize Alaskan legislators with Turkish culture, and noted that he hoped Turkish-American friendship, which has been around for a hundred years, would develop even further with the expansion of business, cultural, artistic and educational ties.

Cultural items and Turkish cuisine were showcased during the event, which was attended by some 60 State Legislators from both chambers. In addition, Tezcan Inanlar of the Pacifica Institute gave the guests a presentation about Turkey and Turkish Culture. 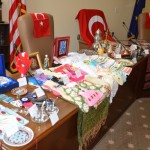 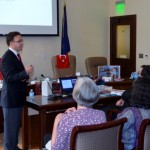 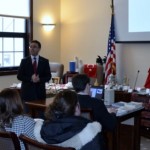 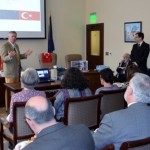