April 16, Helena, MT – The Legislative Turkish American Friendship Luncheon by West America Turkic Council drew attention from most of the state’s influential stakeholders. The event, which was held at the State Capitol, was attended by nearly all of the State’s legislators, from both chambers, as well as the Secretary of State, Linda McCulloch and the Attorney General, Tim Cox.

Secretary of State McCullough, told the guests about the first time she visited Turkey last year. In her own words, she was so thrilled to be there that she barely noticed how her trip went by, leaving her wanting to visit the country again, hopefully in the near future. Attorney General Cox noted that he valued the friendship of the Turkic American community greatly. Mr. Cox also told a personally story of how was great friends with the Turkish National Team’s basketball player, Sinan Güler, as they played basketball together in college.

The President of WATC, Özkür Yıldız, gave a presentation in which he explained the activities of the WATC member organization, Anatolian Cultural Center’s activities in Montana. Aside from that, Mr. Yıldız also spoke about the state of Turkish-American diplomatic relations, as well as pointing out that Turkish students have shown great interest in Montana State University, causing the number of Turkish students there to grow very rapidly.

In addition to WATC members and Montana’s elected officials, the event was also highly attended by the members of the local Turkic American community, as well as academicians and business leaders among them. 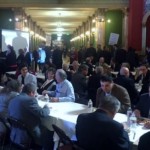 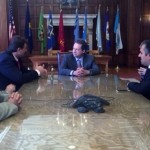 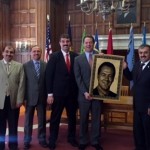